Why to read only the Email when we open our inbox? Google wants to offer users the ability to perform multiple tasks directly from their email like responding to a survey or making an appointment.

Google will get this result by bringing its AMP technology, Accelerate Mobile Page, within Gmail, which now has more than a billion users and over 270 billion emails sent every day.

In the official announcement Google declares that this new feature will allow marketers to create interactive experiences that can create engagement from the email itself.

The idea is to allow people to complete more tasks from their inbox, without changing page or application. To give an example, Google itself announced a partnership with Pinterest and Booking.com with which it’s building experience for the release of AMP for Gmail.

The AMP technology was released by Google in 2015 as a way to make publisher’s web pages faster when opened from mobile devices. The movement/useres responded to the Facebook Instant Articles, web content rendered faster to be viewed on Facebook.

AMP for Gmail is closely connected to the new Google Stories. Similar to the Instagram and Facebook Stories, Google stories will be shown during searches and will be optimized for mobile devices. They will include slideshows with photos and videos as already happens on the above mentioned Social.

Some major publishers are already taking advantage of this new feature: 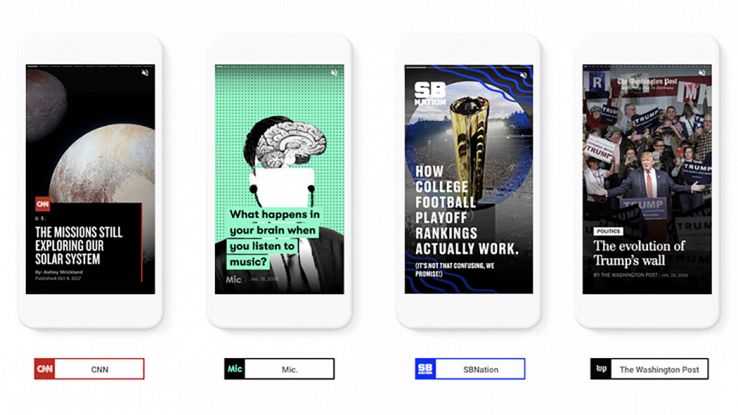 Instead for AMP for Gmail we should wait until the end of the year. The specifications, however, are already public, as well as the list for developing preview to which you can register here.

Maybe due to her height, she loves dealing with ideas greater then herself. She is a creative storyteller through digital and social media and public relations, abusing in to do list and day planner. All the same, she keeps filling the office with her sticky notes.
View all posts →

is one of the largest B2B email marketing database. with more than 8,000,000 companies in the world, always including email addresses. Authoritative sources of primary quality, respect for privacy, constant updating are our values. That's why we contractually guarantee the validity of the lists.
Create your database